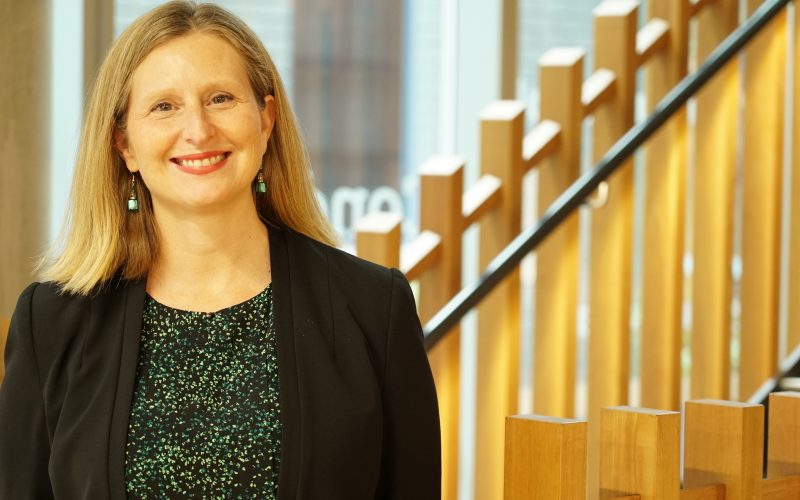 The appointment is effective from 12 July 2021 following an executive search where more than 130 candidates were evaluated.

Jacqui has worked with Royal Far West for the past four and a half years as Executive Director, Business, People and Culture. During this time she has demonstrated strong commercial acumen, an ability to lead and develop high-performance teams across a range of sectors, and has a deep understanding of the pivotal nature of strategic relationships upon which Royal Far West’s success is built.

Jacqui is a powerful ambassador for the Royal Far West mission of improving and enhancing the health and wellbeing of country children. She has a long and distinguished record of energetic and effective leadership in start-ups, large listed and private companies and not-for-profits. Prior to joining Royal Far West she held leadership roles in some of Australia’s most well-known organisations including The Australian Institute of Company Directors (AICD); Australian Financial Review Group and Reader’s Digest.

Royal Far West’s Chairman Joan Treweeke OAM said:  “I observe with immense pride the way our management, clinicians and volunteers fulfil their daily charter to better the lives of country children who need the services of Royal Far West to improve their health and wellbeing. Royal Far West is there to help. For almost 100 years, it has been reaching out to country kids and their families in need, bringing them to Manly by the sea for respite and specialised clinical care. The demand for our children’s services, which is a life-changing experience for both the children and their families, has never been greater”.

Says outgoing CEO Lindsay Cane AM, “Jacqui Emery is the right person at the right time with the composite skills to be both leader and consolidator of Royal Far West.  I have every confidence that Jacqui will rise to her new challenge with passion, determination and integrity. As I pass the CEO baton to Jacqui, I am excited to continue working with her in my new role as Project Director of Royal Far West’s beachside development, to amplify the impact of the charity for the next 100 years”.

Ms Emery said: “I am honoured that the Board of Royal Far West has entrusted me with the great privilege of leading this unique organisation, as we enter an exciting new chapter which will culminate in our Centenary. We will continue to go the extra country mile for rural and remote children, families and communities to ensure that country kids have the supports they require for healthy development that can enable them to thrive.

“I am excited to get started in the role and work closely with the team to deliver on our new strategic plan and build on the amazing legacy of our outgoing CEO Lindsay Cane AM”.

Lindsay Cane AM announced her retirement from the CEO role in March this year, so that she could move across to manage Royal Far West’s redevelopment project. A rigorous executive search began to find the right person to take over from Lindsay and continue Royal Far West’s drive to become a top-tier charity with a national remit and ambition.

Executive Recruitment and Search Firm Korn Ferry assisted RFW’s Nominations and Governance Committee greatly in facilitating the search, assessments and recommendations. The appointment was approved by the Board on Friday 4 June.