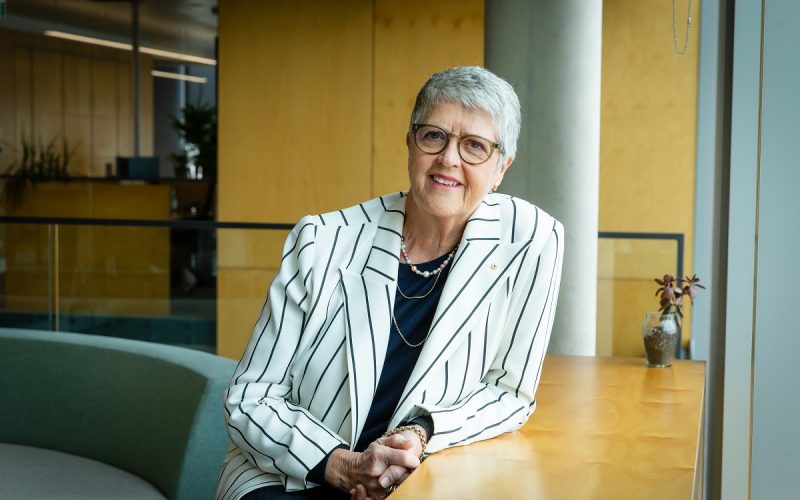 Royal Far West CEO, Lindsay Cane AM, will retire from her role in July after a decade at the helm of the renowned charity.

RFW Chair, Joan Treweeke OAM said: “For 10 years, we have had the great privilege of Lindsay’s skilled leadership, strategic and administrative flair, but more importantly, her passionate belief in the mission of Royal Far West. In 2011, we numbered around 90 staff – today, we are 260.  In 2011 we supported 800 country kids and their families, and in 2020 we were able to support 10,000 country kids and families, educators, and health providers in 500+ communities across NSW, WA, and QLD.”

RFW will celebrate its Centenary – its first 100 years of caring for country kids – in 2024.

Ms Treweeke said although Lindsay was stepping away from her professional career as a full time CEO, she will remain with the organisation through a new role as representative and advocate for the charity in the redevelopment of its waterfront land at Manly.

“The 96-year charity’s mission, every day, is to improve the lives of children and families in far-flung parts of NSW and beyond, with a range of specialist clinical and other services that would not otherwise, be available to them.

“With Lindsay at the helm, RFW has established itself as financially robust, nimble, respected, and acknowledged for its clinical excellence. She has fulfilled her promise to the Board 10 years ago to put RFW on a solid footing for the next 100 years. She has been an articulate, energetic, and tenacious ambassador. She has also been a whirlwind of reform, earning the respect of her Executive Team, Management, Staff, and the Community, and will be greatly missed. We thank her for her service to country kids.”

Ms Treweeke said Lindsay was leaving RFW in excellent shape: “Lindsay has built a talented executive and staff team with great depth across both clinical and business functions – driven by a common purpose – to invigorate and inspire Royal Far West to increasingly support country kids and communities,” Ms Treweeke said.

Ms Cane said RFW has changed many lives for the better and will continue to stand alongside country children in need into the next century. “Knowing that one’s efforts will give a child a chance to be a happier, healthier, and more fulfilled member of their community, is a rare reward in any vocation. I am proud of the accomplishments we have made during my tenure, but these are not ones made by the CEO alone – these are accomplishments made by a tenacious team that has worked relentlessly towards our shared RFW goal. I will watch Royal Far West’s progress with pride and admiration and a deep sense of place,” Ms Cane said.

A new CEO will be chosen by the Board after an extensive executive search.