This year’s ride starts in Albury on Sunday 7 April, traversing a challenging route through Wagga Wagga and West Wyalong before a triumphant finish 450km later in Lake Cargelligo on Tuesday 9 May.

Putting up her hand for the event, 32-year-old Sophie Cruickshank from Manly explains her enthusiasm, “I love a physical challenge that also serves as a chance to give back. Royal Far West does incredible work, and I am so proud to be supporting them. I’m really looking forward to seeing first-hand the impact they have in the communities we will be riding through.

“My aunty Su Cruickshank was a jazz singer and actress who volunteered with Royal Far West in the late 1980s and early ‘90s, and my family has great respect for the work the charity does.

“I will be riding in team DUAL, which has been very involved with the charity for the past five years. Newport’s Damien Coates, the CEO of DUAL, and other team members have told me about the ride and how meeting the children along the ride is a fantastic motivation to give back. Having had health challenges in my past, it breaks my heart to think there are so many children in Australia without access to the services they need”.

When asked what she might miss from Manly when she’s on the ride, Sophie exclaims, “The beach! I am on the beach exercising or relaxing at least twice a day!”

The reason for the Ride? Children and families living in rural and remote communities are up to five times more likely than those living in urban areas to have challenges with their developmental health, and greater difficulty receiving the services and support they need, because of where they live.

To improve this inequality, every dollar from Ride for Country Kids 2019’s $500,000 rider fundraising target will go towards Royal Far West’s health, education and disability services to support these children and their families.

Please help our local northern beaches riders raise funds by donating at http://rideforcountrykids2019.gofundraise.com.au/ All funds raised through the Ride will support country kids.

The Ride would not be possible without the support of Principal and Founding Partner FDC Construction & Fitout. 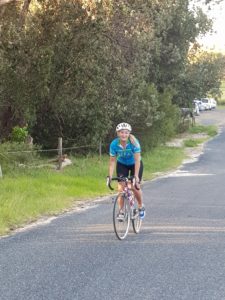 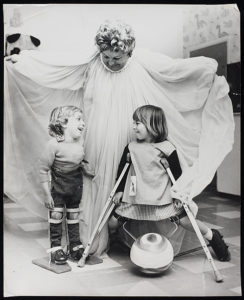