No distance too far for Country Kids 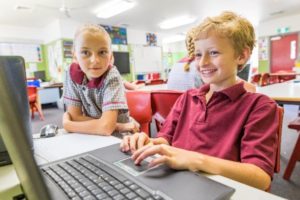 National Recognition in the Federal Budget
Royal Far West and Charles Sturt University recently welcomed an announcement by the Federal Government of funding for the roll out of a Telecare health service for country kids.

A Budget commitment was announced that $19.7 million in funding would be provided to deliver Project Catalyst, which was initiated in December 2017 as a pilot to determine if a national Telecare service could be feasible.

The pilot found that rural children are missing out on vital developmental health services, which leads to issues such as speech difficulties, conduct disorders and mental health conditions. The reality of not having access to healthcare services from a young age is that children can end up later in life being homeless, unemployed, incarcerated or suffering from personal difficulties.

We are heartened that the Government has recognised that the best investment it can make is in early intervention.