We’re delighted that the new Western Sydney airport will be named in honour of Nancy-Bird Walton, AO, OBE, Dame of St John (Knights of Malta), 1915 – 2009.

Nancy’s pioneering spirit and skills enabled our Far West Health Scheme to reach and support many children and their families in rural and remote NSW in the mid-1930s, becoming known as the ‘Angel of the Outback’ through her work with us.

During the early 1930s aviation was opening up remote areas of Australia, and aged just 17, Nancy Bird began taking lessons from Sir Charles Kingsford Smith at his flying school in Mascot, Sydney, becoming the youngest commercially licensed female pilot in the British Commonwealth.

In 1935 Nancy was recruited by our founder the Reverend Stanley Drummond to fly nurses to remote towns and properties in her Leopard Moth plane, pioneering both aerial ambulances and baby clinic services. Nancy also picked up emergency cases requiring hospital treatment. With very few airstrips available, Nancy needed her considerable skills to land in bumpy paddocks riddled with holes, and learnt to navigate the skies using road maps.

Nancy also helped Santa by taking Christmas presents to many children living in the outback!

Marrying Englishman Charles Walton in 1939, her name changed to Nancy-Bird Walton. During World War Two she became Commandant, Women’s Air Training Corps. In 1950 she founded the Australian Women Pilots’ Association, where she continued to encourage and inspire women to pursue careers in flying for many years.

Nancy entitled her autobiography “My God! It’s a Woman!” because of a farmer’s comment when he was told the pilot flying to his rescue was named Nancy.

Named a National Treasure by the National Trust in 1997, and having Qantas’ first A380 named in her honour, we’re sure Nancy would be doing loop-the-loops to salute her airport honour, which recognises and celebrates her life-long passion for all things aviation.

What a wonderful memorial for a true pioneer for country kids. 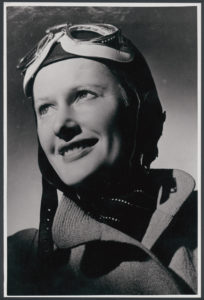 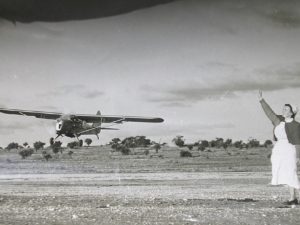 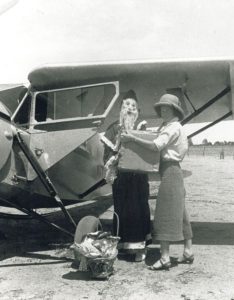 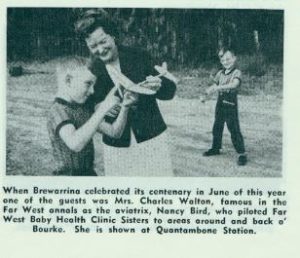 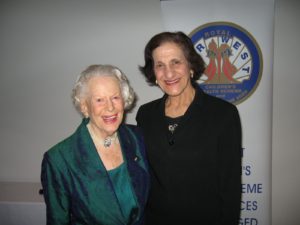