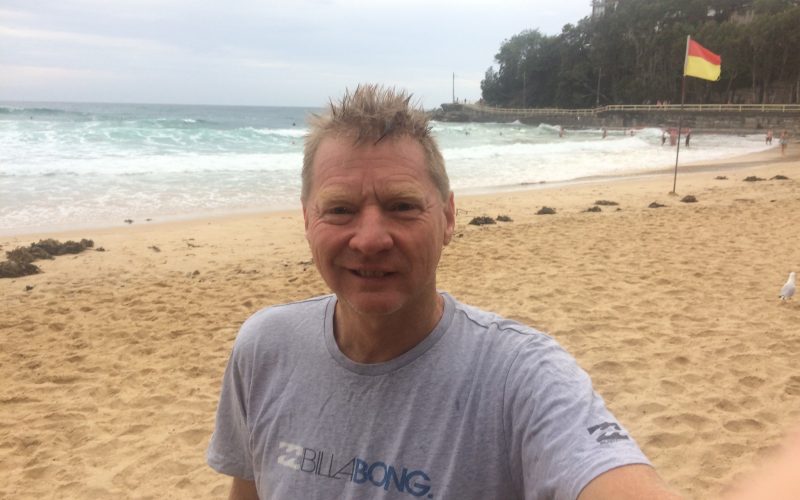 Hello. My name is Rob Harris, and I’m a Board member at Royal Far West.

What led you to become a Board member at RFW?

Not long after I stepped back from my role at GRA Cosway around 11 years ago, I reconnected with RFW’s (now former) CEO Lindsay Cane AM, whom I had not seen for many years. She wanted to rejuvenate RFW’s relevance and key government interaction. From the outset, I was surprised that such a pre-eminent not-for-profit, with an admirable record doing wonderful things for rural and regional kids, struggled for recognition among government decision-makers in Canberra and Sydney. Lindsay understood the need to refresh these relationships. With her energy, tenacity, focus and a little encouragement from me, that’s just what she did.

What is your role at RFW?

I’m a Director of the Board and Chair of the development sub-committee that oversees the next stage of the RFW building development. It’s a massive project. Hugely exciting. When complete it will set RFW up for the next 100 years of service to kids.

How long have you been with us?

I joined the Board this year however have been informally supporting RFW for eleven years now, which is just a fraction of the time that RFW has been helping kids in need. I’ve lived in Manly on and off for about 36 years, so I’m almost a local! RFW had been a constant and somewhat austere presence here and its good works were awfully under-recognised and under-valued, even by Manly locals. I wanted to see that change for the better.

I started as a cadet business journalist in 1977 at The Age newspaper in Melbourne, simultaneously chasing a BA at RMIT (now RMIT University). I subsequently reported for The Sydney Morning Herald, BRW Magazine and the ABC, serving as London correspondent during the Margaret Thatcher years. Think coal miners’ strike, Arthur Scargill, flying pickets and scab labour. Volatile times in the UK. I was a privileged witness to this history.

Returning to Australia, I continued my radio and TV career. My underlying fascination with politics and public policy came to the fore and I agitated for a role in Government. While I was briefly advising investment bank BT Australia on its relationship with the Government and some big takeover deals, I got a strange call from a bloke named John Dawkins.

He wanted me to work for him in Canberra as a media and policy adviser. I thought it was a joke; a mate ‘having prank.’ The Hon John Dawkins was, in fact, the newly-appointed Federal Treasurer under Prime Minister Paul Keating – a vigorous reformer in the most pressure-cooker of portfolios The Treasury.

The next thing I knew, I was at the table with some of the smartest people in the land, working with and advising the Federal Labor Government during a very tough economic cycle in the early ‘90s. I still occasionally pinch myself when I recall the rare honour of working with Federal Government at the highest level with one of the most fascinating Australian Prime Ministers and his Treasurer.

Treasurer John Dawkins and I became close friends. We were subsequently business partners for 15 years in Australia’s first bipartisan political and strategic lobbying firm, GRA Cosway, which we established together as founding partners with former NSW Minister Hon Michael Yabsley and his former adviser Les Timar in September 2000.

What’s the best thing about supporting families from rural and remote Australia?

Now and then, Directors are given the chance to meet some of the families that RFW helps. If we ever held doubts about the importance of what we do, or if we feel too removed from the outcomes of what RFW does, a 10-minute conversation with a client family is enough to re-energise you.

What do you think makes RFW unique?

I’ve watched the evolution of clinical and other teams at RFW for more than 10 years. They are totally focused on shifting the life trajectory of challenged kids and their families. The sense of vocational satisfaction is immense when one can bid farewell to a client family after a life-changing visit to Manly and know that a kid with multiple challenges now also has a bucket full of confidence and hope, all made possible through RFW support.

What are you most looking forward to working on/future developments at RFW?

I am so looking forward to the seeing kids, their families, clinicians and volunteers back in Manly at CCK. We miss them. COVID’s been cruel in this sense. There are kids we need to embrace, welcome them back and resume the critical work with them.

It’s a happy/sad acknowledgment that we do such incredible work, yet the demand gets greater.