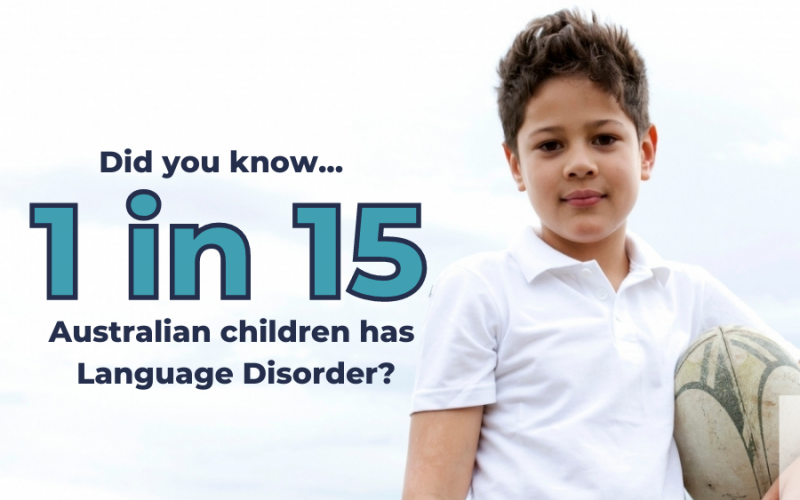 Language Disorder: how to spot the signs

People with language disorder have difficulty expressing themselves and understanding what others are saying.

If you are concerned about your child’s:

…then a comprehensive language assessment with a Speech Pathologist is a good idea.

Language Disorder is a lifelong condition that can seriously impact the achievement of potential in education and career. It can’t be cured, but it can be treated to manage and minimise the impact.

Royal Far West Speech Pathologist, Kate,says, “Language disorder is often hidden. I see many kids who are referred with behaviour and attention concerns, who aren’t doing too well at school. It’s amazing how many of these kids actually have a language disorder. They aren’t naughty, they aren’t being oppositional, they simply don’t understand the instructions and don’t have the skills to express that.

“I met a boy last year whose parents had tried everything. He came to us for a comprehensive assessment to try and understand why his behaviour was so challenging and his school engagement so low, despite medication for ADHD and plenty of supports in place. He’d never had a speech pathology assessment before but got one as a standard component of our PDP assessment program. By the second sub-test his mum had quiet tears rolling down her cheeks. We’d just found the answer she’d been searching for all these years. The boy had a severe language disorder. He was a beautiful, cheeky kid, who had a severely limited vocabulary. He only properly understood instructions given in short, clear, direct sentences. He didn’t understand indirect requests, like ‘Shouldn’t you be doing your maths worksheet?’ He struggled to express himself with words and had to often rely on actions and behaviour. These difficulties had all been hidden. Being able to provide these answers and help kids and families access the support they need to use their strengths and be understood and successful is why I do my job.”