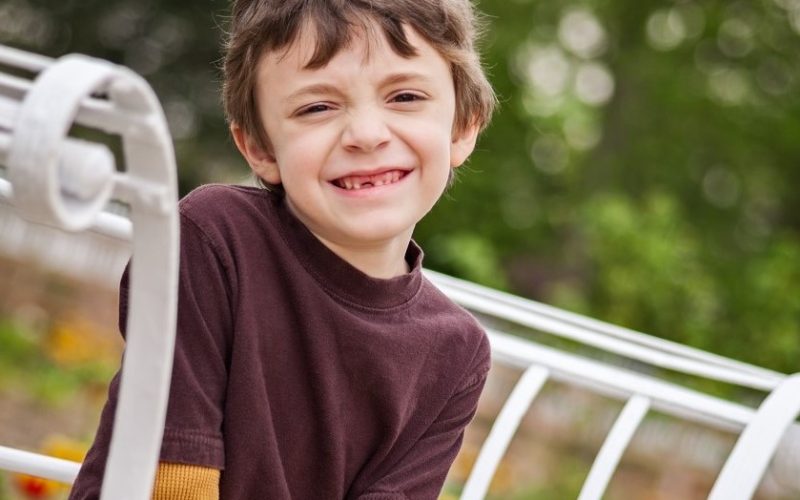 Jesse is six years old and lives in a small town in rural New South Wales with his dad Aaron. A couple of years ago his dad became very ill and now struggles with the pressures of looking after his young, energetic son.

They have little family living close by to offer support, and Aaron’s mobility has made it difficult for him to work – greatly impacting the family’s income and options.

Last year, Aaron became concerned with Jesse’s ability to communicate and conduct simple activities. Following a visit from a local health worker, it was recommended that Jesse and his Dad attend the Healthy Kids Bus Stop, which was visiting their community the following month for a free health screening.

During the assessment, our team of clinicians identified a severe delay in Jesse’s language, development and delayed fine and gross motor skills, along with concerns around his coordination and postural stability. They also flagged several dental issues.

Whilst Aaron could access a local dental practice to begin to address the dental concerns, there were no local options for the Speech and Occupational Therapy that Jesse needed.

Due to Jesse’s complex needs and the lack of local services, the Healthy Kids Bus Stop team recommended Aaron get a GP referral for Jesse to attend our on-site Paediatric Developmental Program to gain a full picture of his development, and to create a comprehensive plan to support his transition into kindergarten.

Twelve months on from their visit to us in Manly, Jesse is accessing weekly Occupational Therapy and Speech Pathology through our Telecare for Kids sessions at his school.

He has made huge improvements in his ability to communicate with his classmates and has even begun joining in with sports and gymnastics with his new friends.

“Jesse is going so well at school now – I’m so proud of everything he has been able to achieve under some really difficult circumstances. If we hadn’t had access to the Healthy Kids Bus Stop, I’m sure this last couple of years would have been so much harder. It makes me so happy to know he is making friends and getting a good start to his education. I’m so grateful to everyone who makes these services possible!”

Stay up to date with our news by following us on Facebook.