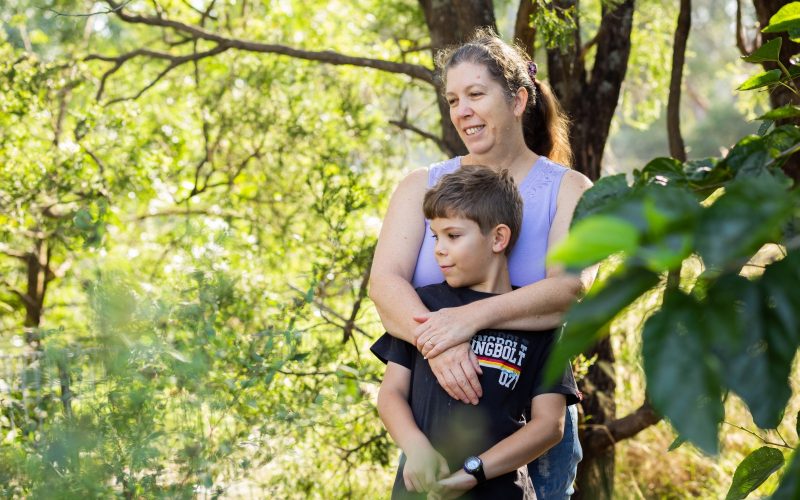 Seven-year-old Harry* loves rugby league and horse riding and dreams of being a cowboy when he grows up. Harry has hearing difficulties because of reoccurring middle ear infections. This impacted his speech sounds and often made it hard to be understood by his friends and teachers.

Harry also had difficulties learning to read and write since starting school. Harry’s school referred him to Royal Far West for speech therapy via telehealth (Telecare). Together, Harry and his Speech Therapist Danielle focused on improving a number of sounds. He was a diligent student and his mum regularly supported him to practice at home. Harry made great progress, but there was still more work to be done.

Thanks to a grant from the Stephen Dixon-Keir Memorial Fund, Harry was able to continue with his Telecare sessions. This support enabled him to keep progressing with his speech sounds. He became more intelligible, and his teachers and friends were able to understand him much better.

Being able to communicate more clearly also gave Harry the confidence to join his local football team, enabling him to start playing the sport he loved and also make new friends.

He also participated in a public speaking competition at his town’s local show and told everyone about his dream of being a cowboy.

His mum Emma said, “Harry spoke so passionately and with a clear voice. The crowd clapped as he spoke with his heart and a big smile as if he was a man. If only they knew it wasn’t about winning for Harry: it was about who he was becoming. As his parents, we were amazed and were so proud”.

With Harry’s speech coming along so well, Danielle worked with Emma and Harry’s teachers to identify some strategies and activities to help improve his reading and writing. With lots of hard work, Harry began to read fluently and soon caught up with the rest of his classmates.

Harry has continued to work diligently at school and Emma recently reconnected with RFW to report:

“Harry is now excelling at school and we just got back his NAPLAN results for Year 3. Harry’s school’s average was band 3-4, the national average was band 4-5 and Harry is in all areas band 5-6. Absolutely amazing results. You know my heart still reflects that the best program we ever had for Harry was the Scholarship through Royal Far West…this is all your hard work of setting Harry up to be successful and thriving. We will be forever grateful.”