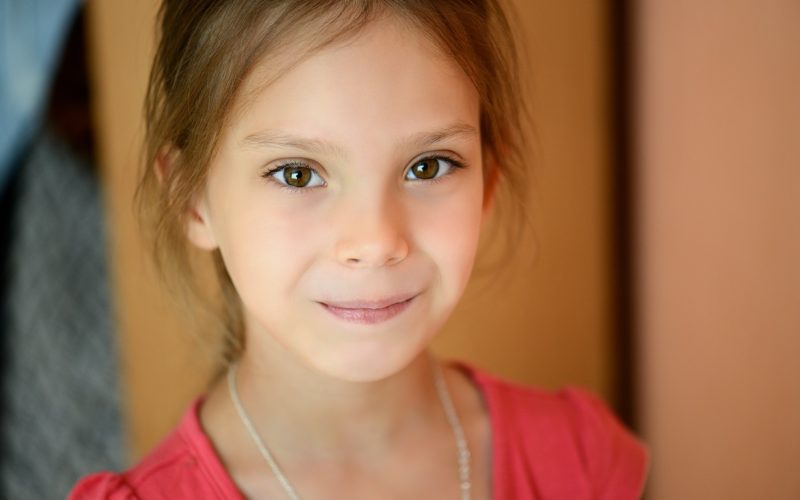 “After years and years of struggling to find answers, we were so relieved to finally
be able to understand and support our daughter…” – Karen, Ginny’s* mum

By the time Ginny was seven years old, her mum Karen was at her absolute wit’s end. Karen and her husband Brett, who live on a farm about 60km outside a small country town in NSW, had been struggling for six long years, constantly seeking professional advice, only to be told there was nothing wrong with their daughter.

As a baby, Ginny experienced ‘big’ emotions. As early as 13 months of age, she’d become so upset and distressed that neither Karen nor Brett were able to comfort or settle her. Then, when Ginny was about 18 months old, the ‘mega-tantrums’ started. It was heartbreaking for Karen and Brett, as they were at a loss as to why she was experiencing such intense distress, and they felt powerless to help her.

As Ginny started day care and then preschool, their home life continued to deteriorate, with all three of them struggling to cope. But despite her behaviour at home, Ginny was an “angel” with friends, family and at preschool. Her teachers had nothing but praise for Ginny. “They’d tell me she was perfect – she was compliant, she’d make eye-contact and engage with people,” says Karen.

Unable to understand why Ginny behaved so differently at home and pre-school, Karen and Brett sought help from their local healthcare providers, but like many regional towns in Australia, doctors and healthcare workers were overwhelmed by demand, and in this case, there was no local expertise in children’s developmental health to recognise Ginny’s issues as more than just “bad behaviour”.

When a friend casually suggested Ginny might have autism, Karen was sceptical. Nonetheless, she decided to google autism, and was surprised when much of what she read reflected their exact situation. Due to their location, there were no local service providers who could conduct a comprehensive assessment with Ginny, but their family doctor recognised that Ginny’s developmental health needed to be assessed by specialists, so she referred Ginny to Royal Far West.

A few months later, their application for a place in our intensive, residential Paediatric Developmental Program was approved and Karen describes their first visit to Manly as “like walking into a warm hug”.

At their first visit, they attended appointments and assessments with our team of paediatric healthcare specialists including doctors, nurses, psychologists, speech pathologists and occupational therapists. Through these assessments, Ginny was diagnosed as having autism and anxiety.

Our health team worked with Karen and Brett to help them understand what Ginny’s diagnosis meant, what therapy and services she needed, and how, as parents, they could best support her. The team also put together a comprehensive plan to help manage Ginny’s autism and anxiety, which included therapy sessions, plus strategies that Ginny, her parents and teachers could implement at home and school.

Autism is a lifelong developmental condition that affects how people interact with others and the world around them. For children with autism, this may mean they struggle to communicate or make friends, experience difficultly learning at school, have restricted or repetitive behaviours or may be very sensitive to noise.

In Ginny’s case, her ‘mega-tantrums’ were not temper tantrums, but rather ‘meltdowns’. Children with autism can experience meltdowns as a reaction to sensory overstimulation and emotions, and are unable to regulate their response to the overstimulation. Ginny’s ‘perfect’ behaviour away from home was explained by a tendency in girls with autism to mimic the social behaviour of others, in order to blend in.

Two years on from their initial visit, Karen says the difference is amazing – “it’s like chalk and cheese. I’m feeling so much more hopeful for her future now. I honestly believe Ginny will reach her own potential and that’s what’s most important to us at the end of the day.”

Too many children living in rural and remote Australia are facing adulthood without the same opportunities as city kids, simply because of where they live. It is a travesty that country kids with largely manageable disorders are needlessly being left behind. Without treatment, these challenges can deteriorate into lifelong health and well-being issues, and hugely limit a child’s potential.