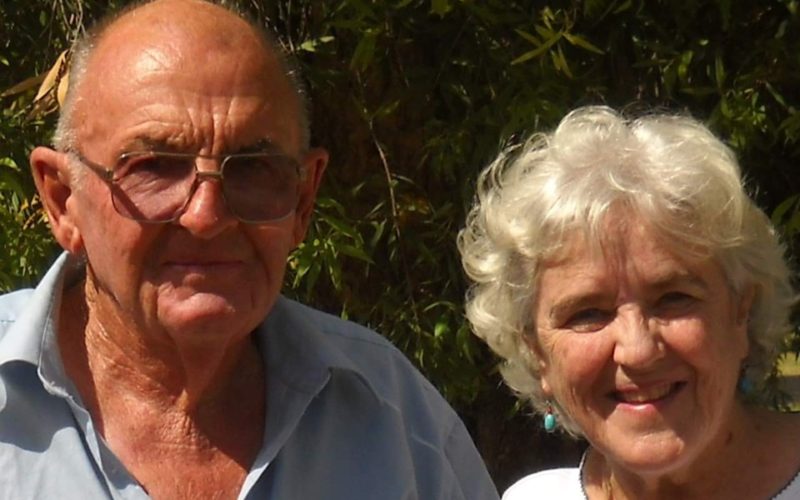 The below text is acredited to Coonamble Times, Coonamble and has not been modified.

IT IS just over 12 months since Francis Fagan died at his home “Lillydale” on the Carinda Road just a handful of kilometres from the Coonamble town limits.

Although Mr Fagan was a self-contained man who didn’t welcome too much attention, he was a regular contributor to the community and with his affairs recently settled, two children’s charities have benefited greatly from his generosity.

In recent weeks the Royal Far West Children’s Health Service and the Children’s Cancer Institute of Australia have each received a bequest of around $400,000 from Mr Fagan’s estate.

Although he remained unmarried and had no children of his own, Mr Fagan was a consistent supporter of children’s charities.

Mr Fagan’s former neighbour and friend David Thompson was appointed the executor for his estate and has supplied some information on his life: ‘Francis Fagan was born on the 21st of June 1939 to parents Tom and June, he was the younger brother to Tommy and older brother to adopted sister Beryl. He was always known by the family as Francis or Francie but to everyone else he was Frank.

Frank spent his junior school years at Coonamble catholic school and senior years at Stannies Bathurst. On completing school, Frank returned to work on the family properties “Lillydale” and “Uno”.

After a few years Frank became a bit restless and decided to leave Coonamble.

He spent time with his Aunty Mary and Uncle Johnnie at the Grant Hotel in Hunter Street, Sydney, then eventually moved on to New Guinea. In New Guinea he owned and operated a saw mill and also had an interest in a gold mine.

Frank returned to Coonamble in the late 1960s following the death of his father and lived on ‘Lillydale’ since. Frank provided care and support for his mother following his return particularly during her battle with cancer. He had a great interest in photography and Fagan family history and with the help of Aunty Ailsa they were able to get photographs of nearly all the family graves right back to the convict ancestors.

He was also an avid reader, researcher and writer and his knowledge was second to none.

On a Sunday some of his mates would turn up – Tony Hardy, big Mick McHugh, Artie Fester and Les Digges. They would sit there and solve the problems of the world.

In later years, Mr Thompson says he would call and see Frank and ask him what he was up to today and his response was always “Not a lot, I think I might have the day off”.

He loved his few beers at the Termo or the Bucking Bull where he would catch up with what was happening in the district.

And if he came across someone who was asking too many questions about him, he would say he lived 98 kilometres from Carinda.’ “He’s left those charities a substantial amount,” Mr Thompson said. “He obviously felt they were a worthy cause.”

Royal Far West members say that Mr Fagan always supported their local fundraising efforts and every year would have something to auction.

“It’s a wonderful gesture and he has been a great supporter for many many years,” said Irene Reeves.

“Francis was a great historian and he would research areas of local interest and make them available for us to sell or auction.”

“I do know he was a gentleman and held in high esteem in the community,” Mrs Reeves said.

Royal Far West’s Business Director Jacqui Emery says, “We’re Mr exceptionally grateful for the late Mr Fagan’s thoughtful generosity.” “His visionary gift will build on Royal Far West’s long history of innovation and will create lasting change for many country children and their families.” “To transform lives in communities like Coonamble and beyond is a truly remarkable legacy, and we are honoured to use Mr Fagan’s gift to serve more country families for many years to come,” Ms Emery said.

Find out more about our local Branch network.