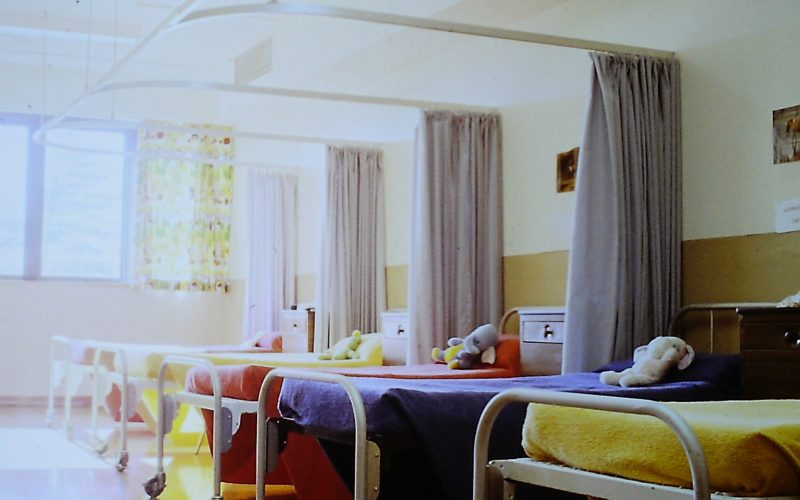 We can ask kids today what they think when they arrive at Royal Far West in Manly, but it’s a lot more challenging to ask the kids of 1973, so we thought we’d share some of their insights via their Primary Class essays!

Most of these children came to us to stay for quite a while, without their families, and without regular contact – mobile phones were a thing of the future – and telephone calls on land lines were few and far between.

Their comments below were about their first approaches to the Far West Home, generally after a long train ride, before they settled into their new life at Manly.

“…(on the train) we stopped to pick up other children, and often the carriage was full of children going to the Far West Home in Manly. The lady, only a girl really, who brought us down must have been very rich; besides the lunch she bought everyone ice creams, chips and lollies, and gave a new handkerchief to a little boy who didn’t have one…”

“…The Far West lady gave me a blanket in case it was cold. And it was. I waked up often but I didn’t mind because I liked the noise of the train. Before the Far West lady fixed for me to go I never was in a train, only seen them from Aunty Flo’s place … real good things trains…”

“…I knew the Far West Home was in the city and expected it to be like Benny said, one big building with a cement playground. Well, it was pretty awful all right, those iron bars on the windows. But when I could get up and the nurse took me out – by jingo! It was right by this big yellow beach with lots of brown people with hardly any clothes on, and miles of white waves and so much water you couldn’t see any land on the other side …”

“…I wish Mum could be down here. Back home she doesn’t even have a stove. There is only her and us 4 kids, and me getting sick …”

“…When I first came to the Far West I was scared because I didn’t know where to go. But a kid came up and said he’d like to be my friend. His name is Peter. He has one foot turned in the same as me. Peter knows everything, the names of the ferries … and how to look in dictionaries…”

“…The things I like best about the Far West are the food and new clothes, and the outings and the swimming. I never had it so good before…”

During the time these kids were here, the Far West Home had 200 beds for children up to 13 years of age. The nursing staff included Matron, 20 fully qualified Sisters, 5 Nursing Aides and 41 Nursing Assistants. Therapeutic departments included physiotherapy, occupational therapy, speech therapy, orthoptics and recreational therapy. In addition, our splint maker and surgical bootmaker made surgical appliances and boots for many children.

While we do many things differently today to meet the changing health needs of children and families, we are so proud to uphold our mission of improving the health and wellbeing of children and young people who live in rural and remote communities.